Electricity has been generated for the first time from the West of Duddon Sands Offshore Windfarm, a major renewable energy project being developed by ScottishPower Renewables and DONG Energy in the Irish Sea. 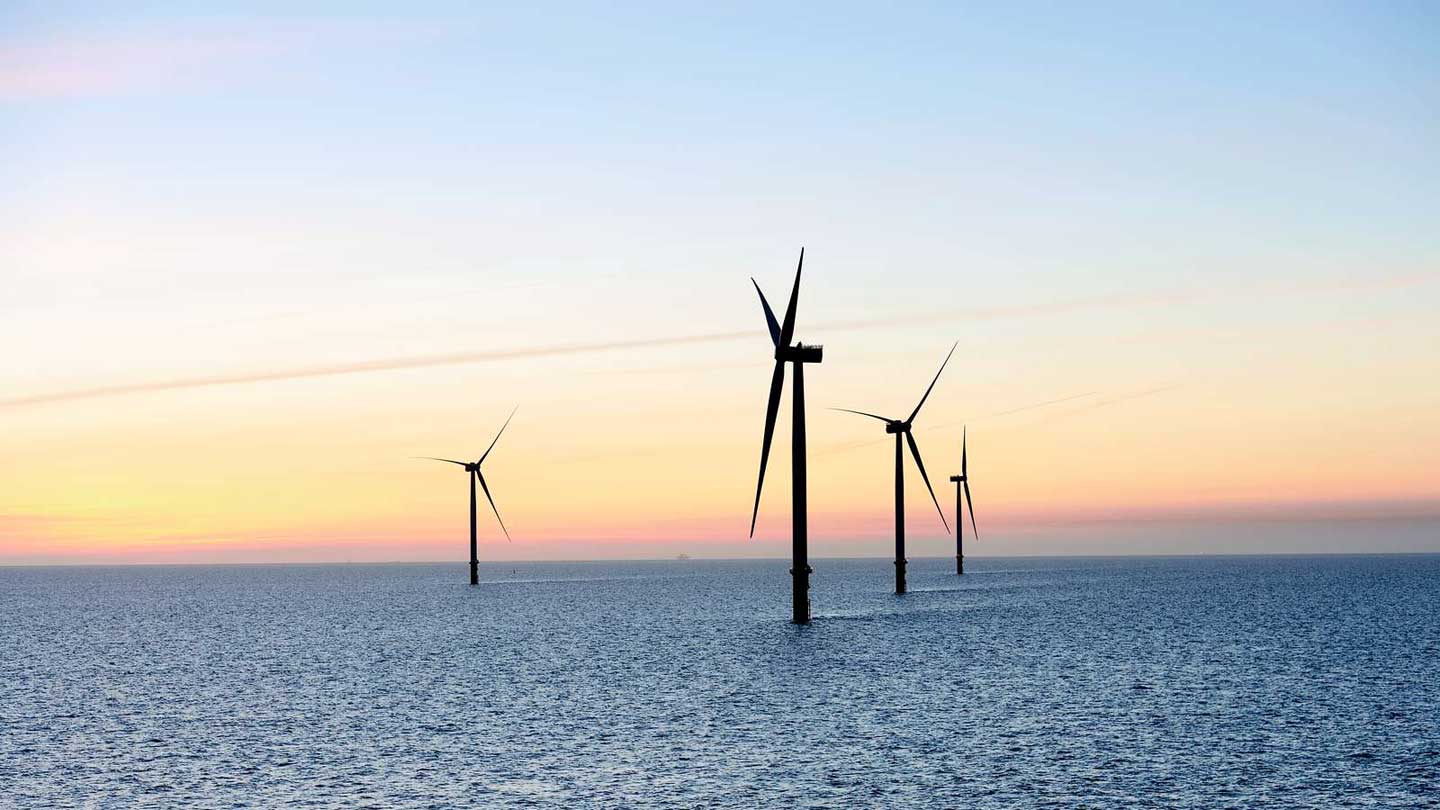 Located approximately 20km off the Barrow-in-Furness coastline in North West England, engineers have now installed 42 of the 108 turbines that will make up the overall project. The commissioning process is underway, and power from 4 turbines is now being exported to the national grid.

Once fully completed later this year the windfarm will be capable of generating up to 389 megawatts (MW) of electricity – enough capacity to meet the annual electricity demands of approximately 300,000 homes.

Site work on the project has been underway for two years. In this time engineers have installed over 200 km of cables, and all 108 foundation sections have been completed. The total area covered by the windfarm is 67km², and each individual Siemens turbine has a capacity of 3.6MW.

The electricity generated initially connects in to a specially designed offshore substation. The voltage from the turbines is increased and two export cables then take the electricity ashore to the onshore substation at Heysham, where the windfarm is connected to the UK national grid.

West of Duddon Sands is at the forefront of industry efforts to reduce the cost of offshore wind. The project utilises a new £50m offshore wind terminal at Belfast Harbour. The terminal is the first purpose-built offshore wind installation and pre-assembly harbour in the UK and Ireland and supports up to 300 jobs, ranging from welders to electricians and engineers.

The project also benefits from using two of the world’s most advanced installation vessels. Offshore work is being carried out by the Pacific Orca and the Sea Installer. Working in tandem, the vessels have been used to install the foundations and the turbine components. The size and scale of the purpose-built vessels has driven efficiencies in the installation process. The Pacific Orca is the world largest windfarm installation vessel with a length of 161 metres, a breadth of 49 metres and a depth of 10.4 metres.

“First power is a significant point to reach on a project, and it’s an ideal beginning to an exciting year for West of Duddon Sands. We’ve now installed more than one third of the turbines and commissioning of those is underway, and we’re on course to complete the project by the end of this year. Enormous credit is due to everyone who has been involved in helping to reach this milestone.”

“Constructing an offshore windfarm is a major engineering challenge, and it is fantastic to see all of the different elements of the project coming together to achieve first power. Over 1000 people are currently working on this project, encompassing a wide variety of skill sets from electrical engineers to construction technicians to marine biologists. We need all of these individuals to work together as a team to deliver the project, and we are delighted with the progress so far."

The new development at Belfast Harbour has also been crucial in the progress of the project. The investment in this bespoke facility is a major step forward for the offshore wind industry, and we hope it will act as a blueprint for similar projects at other locations around the UK.

“First power is a significant milestone West of Duddon Sands, especially given the challenging weather conditions we have seen in recent months, and it gives us confidence that we will be able to fully complete the project later this year."

"The UK is already the world leader in offshore wind and this announcement further demonstrates that the sector is continuing to grow, increasing the contribution it makes to meeting our energy needs."